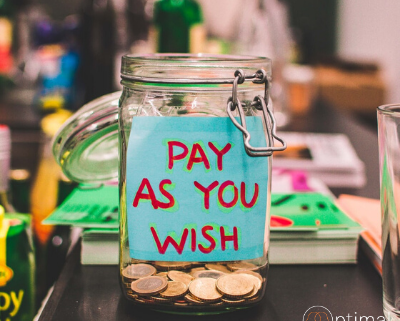 A recent article in The Wall Street Journal about the #ChangingWorkplace provoked a flurry of posts and comments on LinkedIn. The upshot of the article was that, today, workers in the US are working more for less. In 2016, 26% of Americans reported that they worked in excess of 48 hours per week, but, increasingly, workers are missing out on company-funded benefits such as pensions and insurance. The article also highlighted the rising number of temporary and contract roles.

In Australia, a similar pattern is emerging. A special report in The Australian estimated that around 700,000 Australians are now engaged in the ‘gig’ economy – that’s around 5% of the workforce. And these numbers are set to grow as companies such as Uber, Deliveroo and Airtasker make their mark, and access to technology broadens.

But what are the advantages and disadvantages of working in the gig economy? And who is the real winner?

For workers, flexibility is the big selling point of working on a pay-per-task basis. They may be able to work from home, or balance gig work with another job, study or childcare responsibilities. Rather than be restricted by set hours, they can choose the time windows that suit them best. And, contrary to popular belief, working gigs can be a good money earner, especially for highly skilled workers, such as lawyers, web designers and business consultants.

But, all too often, jobs in the gig economy are unregulated and low paid (far below the standard minimum wage). Additionally, as an independent contractor, a worker has no annual or sick leave, no insurance cover, and often no superannuation either. The Association of Superannuation Funds of Australia found that ¼ of self-employed workers had no super; those in low-paid, unskilled jobs are particularly affected. Alarmingly, the move towards flexible working patterns also has potentially far-reaching consequences for the welfare system. In October, the IMF warned of challenges to the structure of the social insurance system due to the increase in less stable, freelance work.

The real winners, it seems, are employers and shareholders. Today, employers have no need to hire employees to complete specific tasks when they can easily source gig workers online with the desired skill-set. It’s a huge gain for businesses in terms of flexibility, agility and specialised skills. Plus, of course, it means that they can cut hefty personnel costs to a minimum, which leads to increased dividends to shareholders. But, there are downsides too. By awarding tasks to the lowest bidder, work quality may be compromised. Additionally, gig workers have no incentive to stay loyal to one specific business; they may not be available when their services are next required. And organisational knowledge, often seen as key to a business’s innovation strategy and growth, is diluted when long-term employees are not replaced. To remain competitive and relevant moving forward, businesses should think about ways of attracting and including gig workers in their organisations.

Have you ever worked a gig? What do you think about the growth of the gig economy?